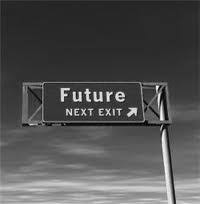 It has been oft reported that  ‘fear’ is false evidence appearing real (F.E.A.R.)! As I wrestled that around in the darkness, suddenly it dawned on me, all fear exists only in the future. That is precisely why fear is always false evidence, because it exists only in a time that has not yet arrived. Even fear of the past is in reality fear of its effect on your future and the present moment is occurring now. Is there fear in your future?

Of all the things in life, in all the details, in every aspect and facet of living, the number one enemy you must fight and overcome is fear! All that you do not have or cannot do or are unable to overcome is always based on fear. Fear is the great killer of ambition and desire and your future! Fear persisted in will bring with it all the defeat you have ever imagined. As long as you have fear whether it be in the form of anxiety or worry or concern falsely called, you cannot have peace. Fear is the great antithesis to love, not hate. Fear is a falsehood, a lie at the very core of life, robbing it of its vitality and enthusiasm. Fear is wrong and most unnatural.  Fear is sin.

The problem with fear in your life is that it is a form of believing, but is its opposite. What good things you can believe for without limit, have their parallel in what awful things you can fear (believe) without limit! The longer you hold onto your fear, the greater the likelihood of its appearance into your life. And, even if you never quite arrive at all the terrible things you have imagined, you will endure a terrible ride on the way there. Your fear encourages and invites disaster. And just as your positive believing invites God and His blessings into your life, your negative believing; your anxiety and worry and fear invite the adversary into your life in the form of all types of misery and sickness and suffering.

Fear is a false evidence because it is always a threat to your future. It growls of some impending disaster. It roars predictions of future suffering and lack. It shouts how your needs will not be met. It cannot know this of course, as only God knows the future, so “it” is counting on you to help make the threat a reality. The way you ignorantly cooperate is by accepting the lie as truth and holding onto it instead of discarding it. It’s a really sticky trick. Your human ego, once threatened, will insist on trying to figure it out. Thus it will demand you think about it and think about it until you can solve it. However, you are not going to figure it out with your mind, as its origin is spiritual. Instead your ego driven insistence will result in keeping the wrong thought in your mind, which is all fear needs to take hold. It begins with a knock at your door called doubt. It gets a foot in the door as you worry. Finally it gets inside fully once you are afraid. At that point you’ve been captured! Then, fear’s companion anxiety is knocking on your door and your windows and your garage all at once. It is simply many fears you have misplaced by your refusal to deal with them, one by one, in the moments they approached. You have to deal with them. There is no other way out.

All throughout history, men and women have been admonished to fear not! In order to beat it, you have to depend upon something bigger than yourself. On your own, you won’t really get the job done. Oh you can muster up all the bravado you can imagine, but in the end you need spiritual power to defeat spiritual power. You need Someone that exists in your past, your present and your future, all at the same time. (Don’t even try to wrap your head around that one) You need to be able to give all that care to someone else. And therein is your solution! You have to hand it over and once you realize you have taken it back, hand it over again! Prayer isn’t, as I read recently, just some psychological process to help you feel better. The idea behind prayer is that God will actually do something about that which concerns you. Otherwise, why even pray? When you finally let God preserve your future like He promises, you will find yourself at rest. Unrest is thus a signal that there is something you need to handle or resolve. Often your solution is simply to stop persisting in your dreadful considerations. Refuse to scratch that itch. Letting it go isn’t negligence, it’s wisdom. In terms of the thought, sure that would be awful on an epic scale, but it hasn’t actually happened right? (Notice I left out “yet”) It’s false evidence! Not worthy of your mental considerations… You have to let it go! Now…

It may seem simplistic, but God’s solutions are always simple and clear. Error is complicated! Error is what produces the mind boggle and keeps you up all night! Lies, artfully presented, designed to hold your interest based on some vague possibility in your reality, are still lies. They began as untrue and will remain untrue if you can get this right! Dread or worry about some potential future day have never in the history of existence helped a difficult situation get better. Help is found in the quiet. Answers arrive when you settle down. Solutions come from the “still small voice.”

Is there fear in your future? Get rid of it today! Find that promise of God that negates your fear and say it to the thing until it retreats! Say it today, my friend… Today!

One thought on “Is There Fear in Your Future?”