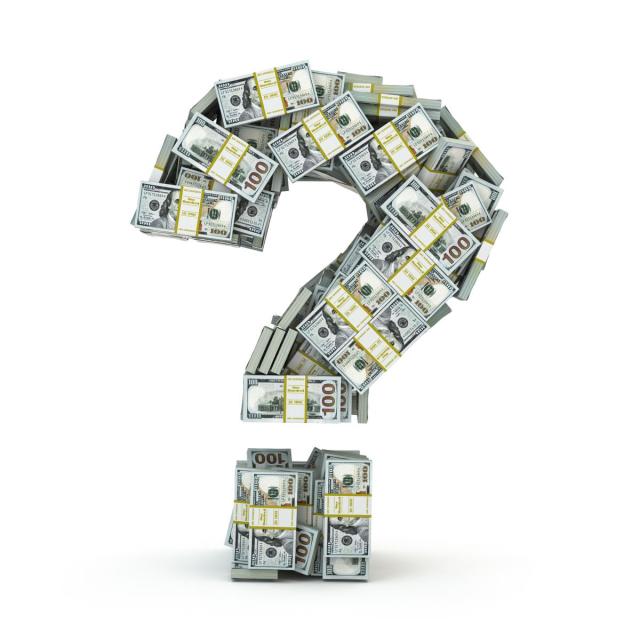 It seems much time and energy has been spent convincing people with the least money of the lack of its importance in their lives. You hear it all the time from well-meaning folks busy explaining away money by either discounting it entirely or else demonizing it as a source of evil. However, when you observe people with plenty of money, it sure seems like a much more enjoyable existence compared to those justifying their apparent shortage while simultaneously implying the lack of its necessity for them. With money being the chief method of exchange in our culture, methinks someone has been getting their leg pulled on a massive scale. It’s as if those with the money must perpetuate the lies about money in order to keep if for themselves. There is no nobility in not getting your needs met, no matter what you may have been taught. The reality is that you need money in order to prosper and there is nothing wrong with pursuing it unless of course you have bought into the money myth.

The world we live in literally runs on money. The things you want in your life cost money. The better the things, the more those things cost. Yes, loving and worshipping money is going to bring you a lot of pain. Yes, being consumed with greed is going to tear you apart from the inside out. But, is that really the choice you are making? Who convinced you that your desire for good things is somehow evil or a contradiction to God and His goodness? Who worked it into your soul to feel as if you should have less than others have or that you cannot enjoy nice things? For most of us, and I think you will agree, the idea of actually pursuing money feels wrong as if we have been deceived by the world. But, is it wrong really? Chances are, if you are reading this, you aren’t working on your second hundred million. Instead you are more likely trying to climb up that rung from lower class to middle class or middle class to upper middle class. No matter where you find yourself, I think you have to agree, that having plenty of money unloads your life of a multitude of burdens. Money fights rarely appear from having too much, but instead from not having enough. The money myth works best on those who do not have enough. Is it you?

If I could go back in time, I would tell that younger version of myself to figure out the money thing sooner. What good is it to live your whole life preparing for a financially stable future only to be limited by your advanced age and diminishing energy levels. Why would it make sense to spend your most vital years going without the good things; the things that make you happiest? And while it is true that things cannot bring you happiness alone, having resources opens to you a world you may have never knew existed. Family vacations cost money. Nice homes cost money. Sharp, clean dependable vehicles cost money. Having more than enough in order to help others requires money. That’s not to say that all those things aren’t available with less money, but what is it that you want for your own life? That’s the real question. It’s not what it takes for you to survive, it’s what it takes for you to thrive. The less you have the more you owe and the less you are going to be able to experience life and you know it. Constantly defending your own lack of resources by your incredible ability to enjoy life with less really isn’t honest. Maybe you don’t need much and maybe I don’t either, but that’s not the question. The question is what do you need in order to thrive? Don’t allow the money myth to limit and define your possibilities.

If you think God is behind the limited resources game, you are mistaken. What conceivable difference could it make to God whether you make $50k a year or you made $200k a year? It seems that would be a decision you are making. And further, what would God’s purpose be in withholding something good from you? What lesson does lack teach you other than a constant source of consternation until you get it solved? If you are a parent, you know how important it is for you to be able to supply anything your children need and in most cases almost everything they want! Well, if your love for your children produces that response, imagine God, who is love, and His response towards you? With God, you are only limited by the poverty of your expectations! As a Christian myself, I know how screwed up you can be about money. But, those false concepts do not originate with God. To expect God to prosper me or supply me with plenty of money is the exact same thing, but God forbid I confess the latter! Can you see what I am trying to say? Money isn’t evil and for God’s sake you need it; plenty of it! You have to rid your mind of the money myth and think clearly about what it is that you need. If you lived in another time and had 15,000 sheep and 50,000 cattle you would be considered rich, not because of the livestock but because of the money the livestock represent! Praying for an abundant crop is the same thing as praying for higher pay. I’m not advocating living above your means, I’m advocating raising your means without feeling all effed up about it! God wants you to prosper and is well aware that our means of exchange is money! You do the math on that one!

I guess what I’m trying to say, if you can look past my obvious disdain for the lies we have been fed, is that you owe it to yourself and the people you love to believe God for His abundant supply. Don’t put limits where there are no limits. Poverty and lack is not noble or pleasing to God anymore than seeing your children struggle would bring you any joy. You know what makes parents of grown children happy? It is in seeing them succeeding on their own and getting to the place where they are no longer limited by lack!  Having more than enough isn’t the entire answer, but it is a great start! If you have suffered at the hands of the money myth, my prayer for you is that you would have the audacity, the boldness to believe for much; a true abundance! The world around you is evidence alone that you can get whatever it is you want to get, including more money, more resources, more than enough. Don’t spend another day living under the spell of the money myth! Think soundly without fear and prosper! That is always God’s will for your life!